Sometimes people go fishing to catch whatever is biting. Other times they are after a certain type of fish. Deciding what fish you are after can determine what type of bait and tackle you want to bring with you. Here are a few tips on specific types of fish.

Bluegills and sunfish are fairly easy to catch along most shores and can be caught on a variety of baits using a hook and bobber. A few of the popular baits are worms, grubs, and small minnows. Bluegills and sunfish are also known to bite on wax worms, crickets, and other insects. If you see a fly stuck in the water creating a lot of tiny ripples, chances are you will shortly see a bluegill come to the top and grab it. Bluegills are also known to bite on other random baits like a small piece of lunchmeat, a small bread ball, or a small piece of fish or shrimp. You can catch bluegills and sunfish on artificial baits too. Some of the lures that work are small twister tail grubs, small poppers, flies, and sponge spiders. You will have a good chance with any small lure that resembles an insect or minnow. Keep in mind that bluegills and sunfish have fairly small mouths, so keep the bait small.

Catfish are fun to catch and great for the dinner plate. They are usually caught on the bottom meaning you want your bait to sink all the way down. Catfish look for food by following scents in the water and tracking the food down with their whiskers or barbels. Some of the baits that get the best results are cutbait (chunks or slices of fish), chicken liver, and dough. The truth is you have a chance at catching a catfish on almost anything edible. I have caught them using corn, bread, shrimp, cheese, hot dog, bacon, nightcrawlers, minnows, stink-bait, sausage, and dog food. There are probably a few things I am forgetting as well. As long as you let the scent from any of these baits disperse along the bottom, eventually a catfish will find it. It is very possible that other bottom feeders like carp might find your bait as well although they wont typically eat other fish like a catfish will. A hungry catfish will also bite a lure. I have caught them on crankbaits, and seen them caught on spinnerbaits as well. Although rare, it has happened.

Quite possibly the most popular freshwater fish in the US is the Largemouth Bass. There are tournaments across the country where people chasing bass compete for cash and prizes. Bass are predatory fish that will aggressively bite lures that catch their attention. You can catch bass on almost all of the popular lures out there. Some of them are crankbaits, spinnerbaits, soft plastics, and jigs. There are plenty of bass out there that can be caught from the shore if you don’t have a boat. Where there are small fish, there will eventually be a bass lurking, looking for a meal. A few places to try are along some weeds, under a tree or dock, or at the mouth of a channel. If you know where there are logs or big rocks in the water, those are good places to try as well. Bass will also bite on live bait as well. They can be caught with nightcrawlers, crawfish, and minnows, in those same spots. Other varieties of bass can be caught in similar ways. Smallmouth bass tend to like moving water, so rivers or dams might be better places to try if you are after smallmouth. 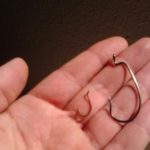 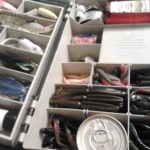 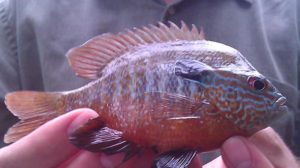